This year we have lots of exciting learning going on across the school. Some year groups have or will be going on school trips to delve even deeper into their understanding around their history topic. Classrooms also use displays and a range of books to bring their topic to life for the children. Our spiral curriculum also enables children to continue their topic learning into other subjects, covering a broad range of skills e.g. art and writing.

In this unit, we look at the history of transport, specifically land and sea. We order and describe transport from different periods and have a look at our key figure: Neil Armstrong. We also explore our local area and focus on the invention of the tractor. 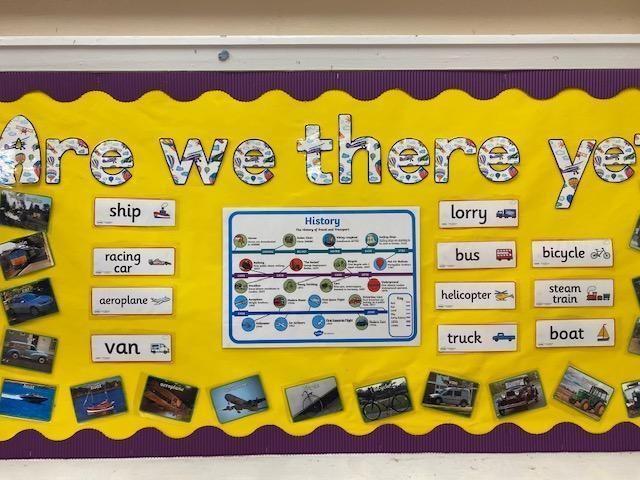 In this unit, we look at life inside a castle, the different parts of a castle and complete a study exploring a local area: Framlingham Castle. We also compare castles across the UK and look at a significant historical event: Queen Mary fleeing London to escape to Framlingham Castle. 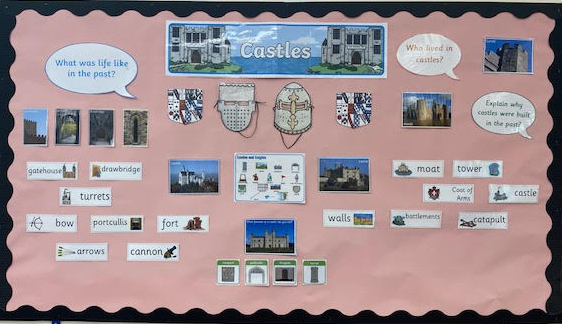 In this unit, we start by locating the Stone Age on a timeline in comparison to other significant periods. Within the Stone Age, we start to explore in more depth periods such as Paleolithic (delving into the lives of hunters and gatherers) and Mesolithic (how did they live their lives?) We also look at Stonehenge and its significance. 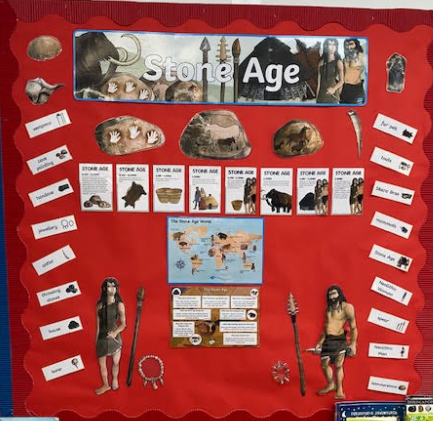 In this unit, we learn about when the Anglo Saxon period was and where they came from. We also explore Anglo Saxon settlements and how they lived their daily lives and the evidence we have to support this e.g. Sutton Hoo. Year 4 will also study the language they used and look at historical bias and how this affects our understanding of key historical events. 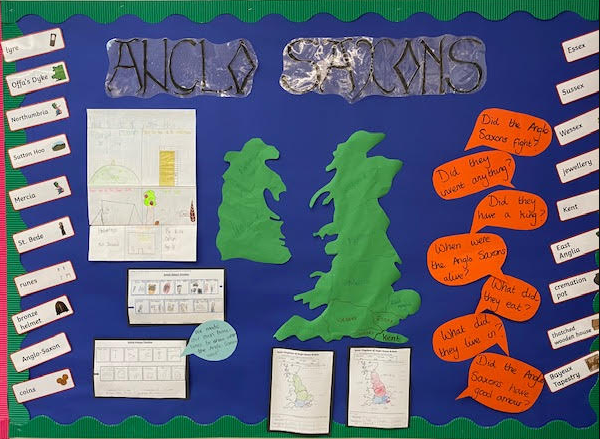 In this unit, we are learning about when and where the people of Ancient Greece lived. We also look at the daily life of an Ancient Greek. Our key figure in this unit is Alexander the Great and we also use evidence to explore the story of the Trojan Horse. As well as this, we look at how the legacy of the Ancient Greeks has had an impact on our lives in the present day. 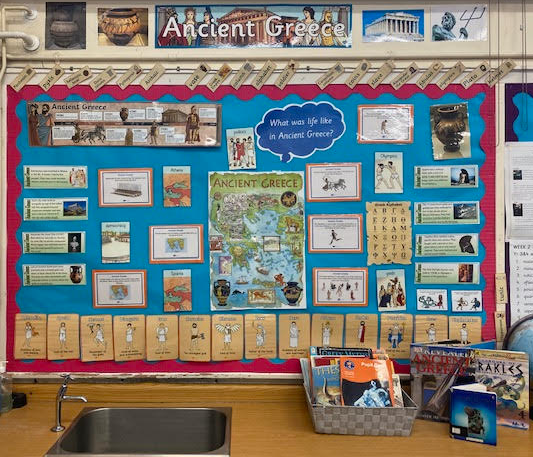 Year 6 - 'How did life change for children during WW2?'

In this unit, we look at 'The Blitz' and the 'Battle of Britain' as significant turning points in the war. We look at evacuation and what we mean by reliable information as well as the role of women in the war and what rationing was. We also explore our local area in the context of WW2. 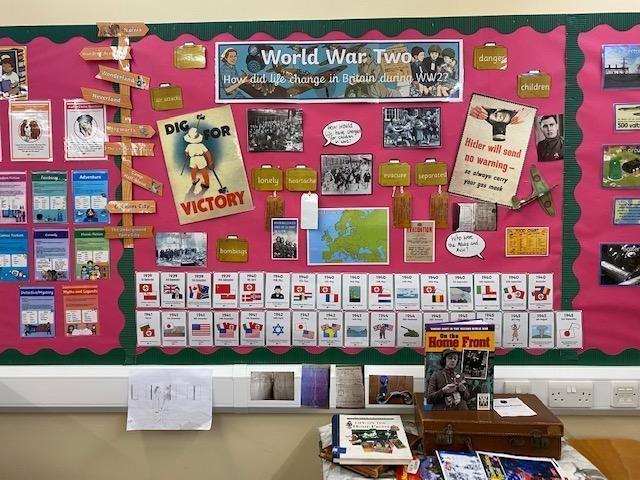 Year 2 - 'Why are Kings and Queens important?' 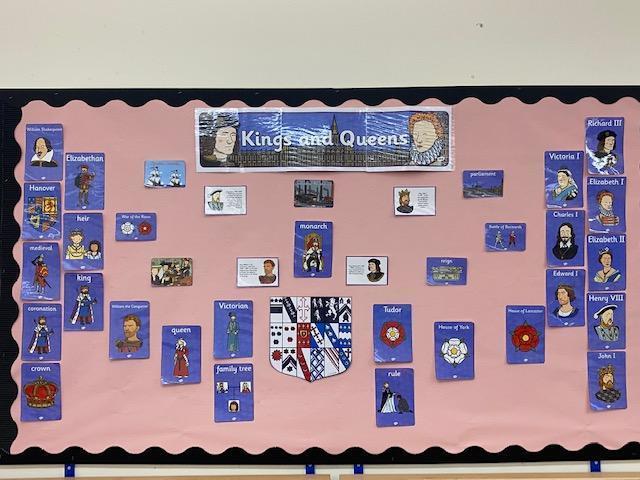 Year 3 - 'How did life change during the Bronze and Iron Age?'

In this unit, we look at when was the Bronze age and how was bronze used in daily life. We explore artefacts from the time period as well as comparing this to life in the Iron Age. We investigate Iron Age hill forts, culture and leisure of the time period and compare all of this to modern life. 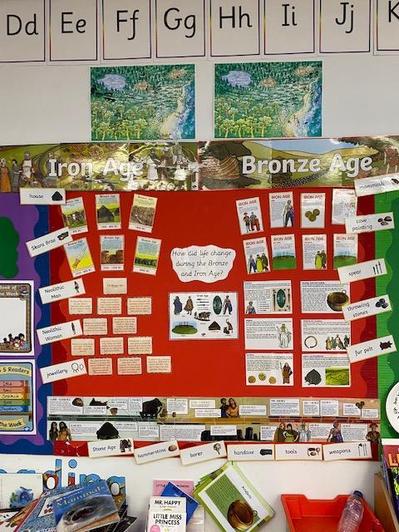 In this unit, we look at who the Vikings were and when they lived. We focus on Lindisfarne as a key area in history and explore the invasion through the perspective of a monk and Viking warrior. As well as this, we look at their beliefs as well as what it was like to be a Viking settler and trader. 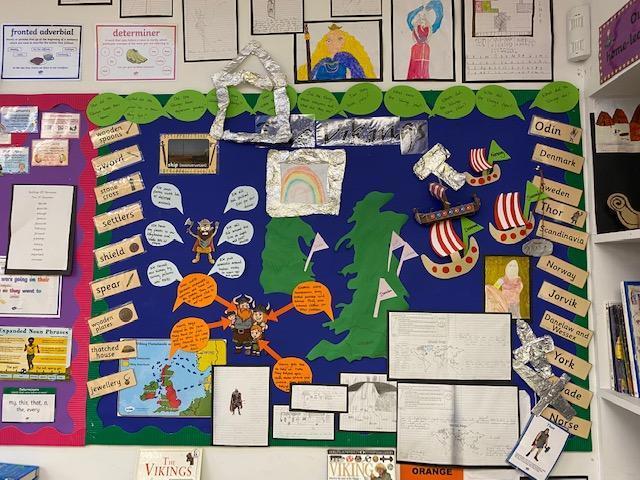 Year 5 - 'What was important to the people of the Maya Civilisation?'

In this unit, we look at when the Maya Civilisation was and the countries that belonged to it. We explore the Gods of the civilisation and the importance of sacrifice. As well as this, we also look at the number system and their daily lives. 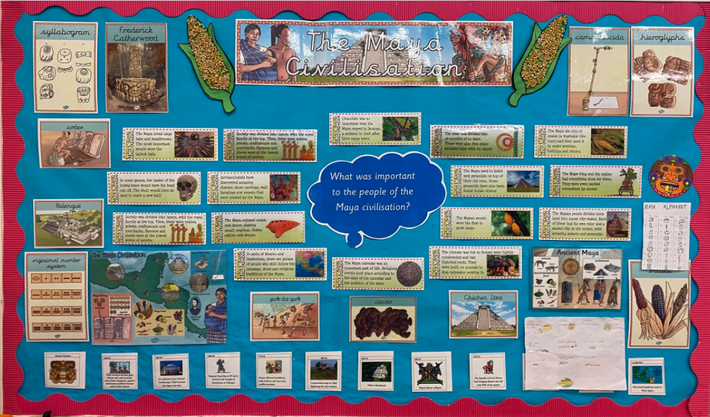 Year 6 - 'What was life like in Ancient Egyptian times?'

In this unit, we look at where Ancient Egypt was on a timeline. We explore theories around Tutankhamun's death, the process of mummification as well as the Gods and Goddesses of the time. We also look at the pyramids and investigate ways these may have been built.

We explored all the different parts of the castle. 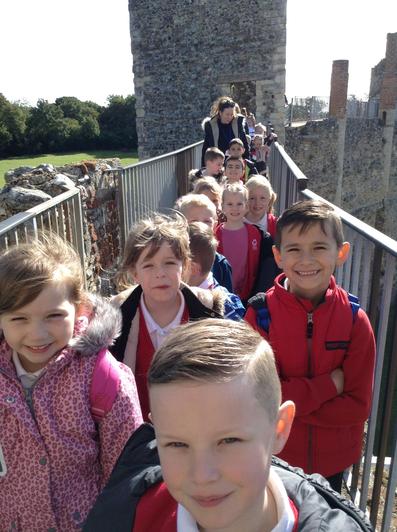 We looked at the structure of a castle. 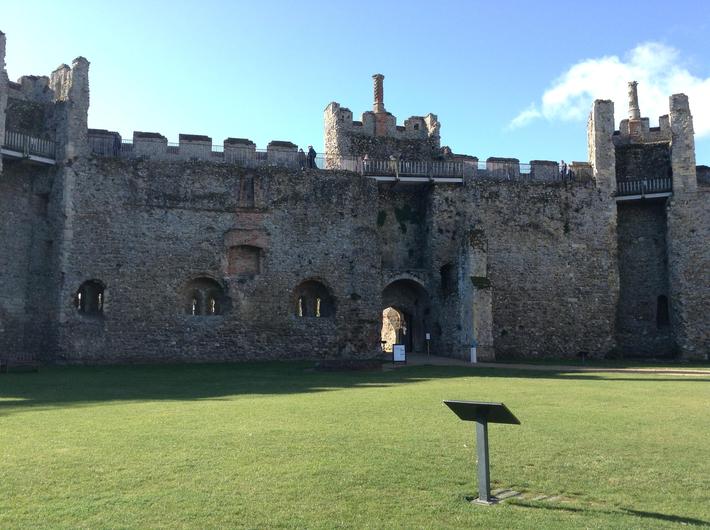 We practised our archery skills. 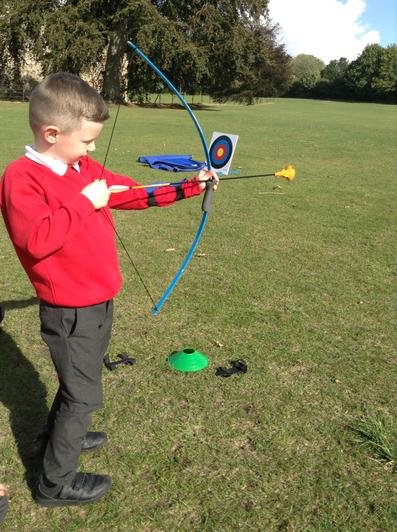 We explored Stone Age settlements and their surroundings. 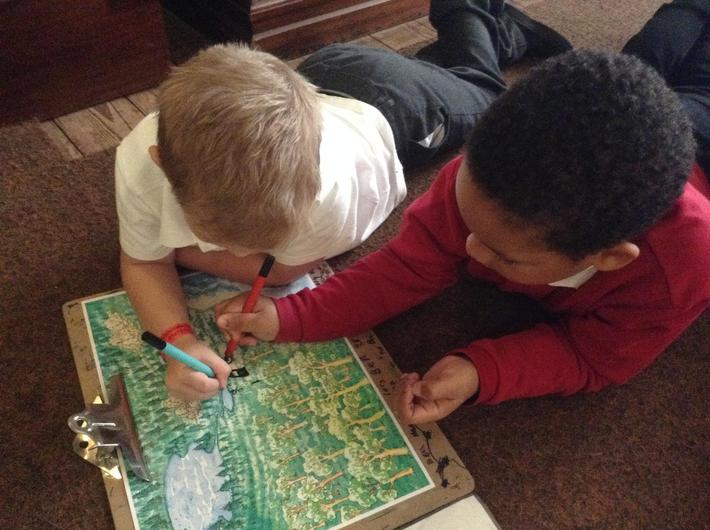 We examined artefacts to do with the Stone Age. 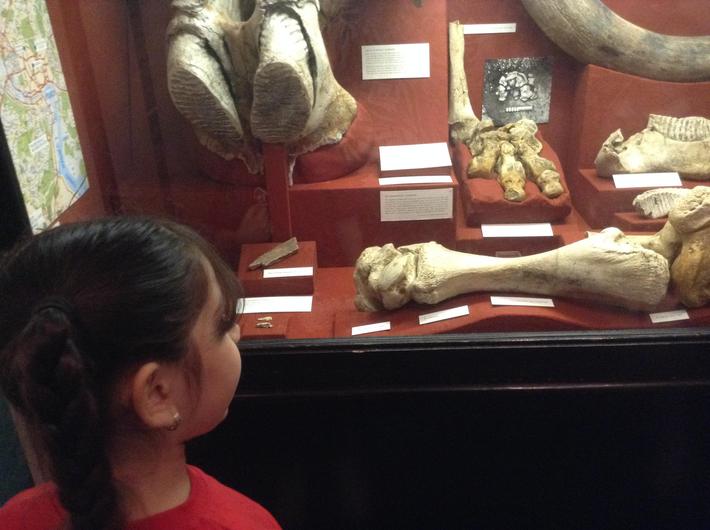 We took part in exciting sessions at the museum. 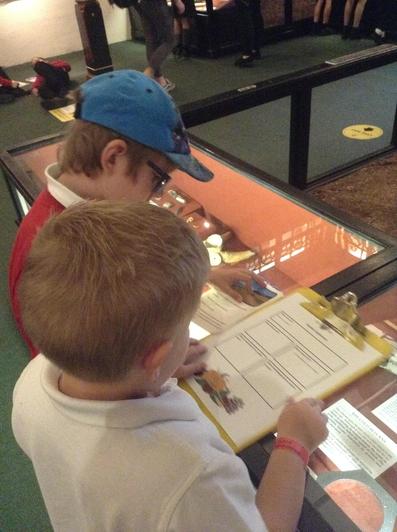 We went on a tour of the Exhibition Hall to look at Anglo Saxon artefacts. 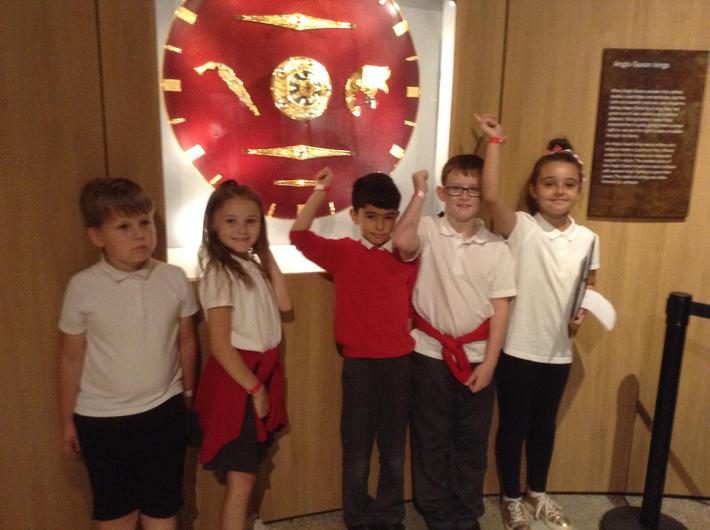 We became archaeologists and dug for treasures. 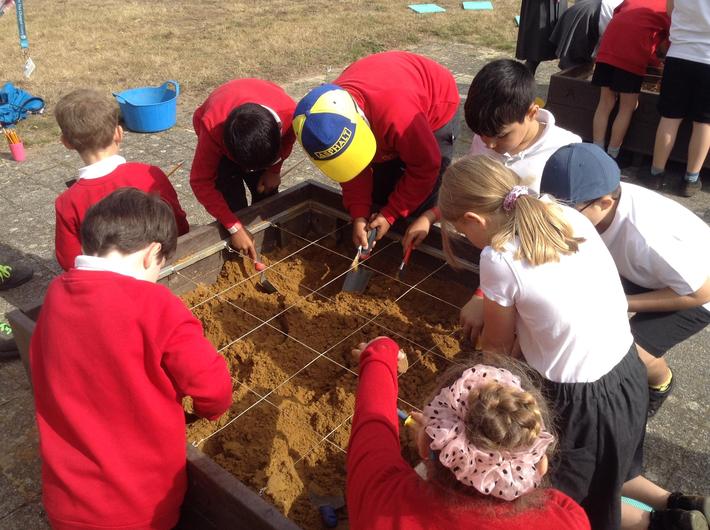 We learnt all about why Sutton Hoo is so important to our local history. 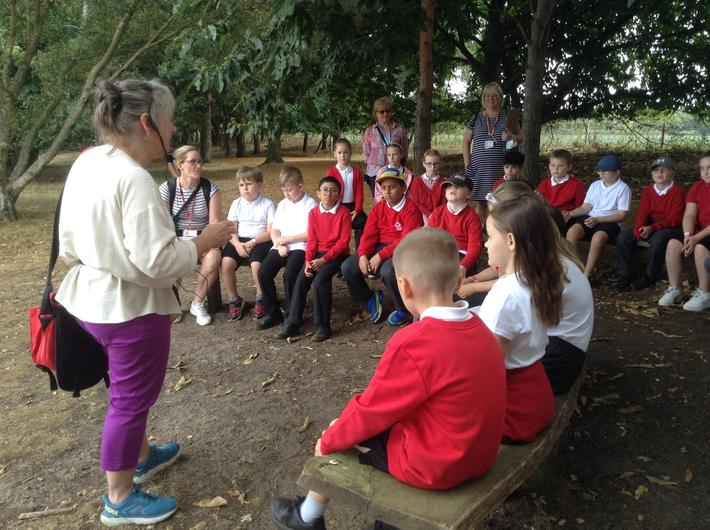 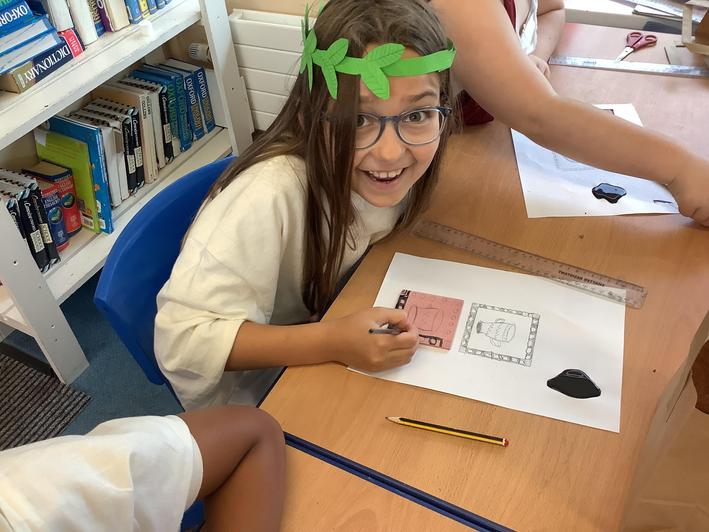 We had a go at a range of Greek inspired activities. 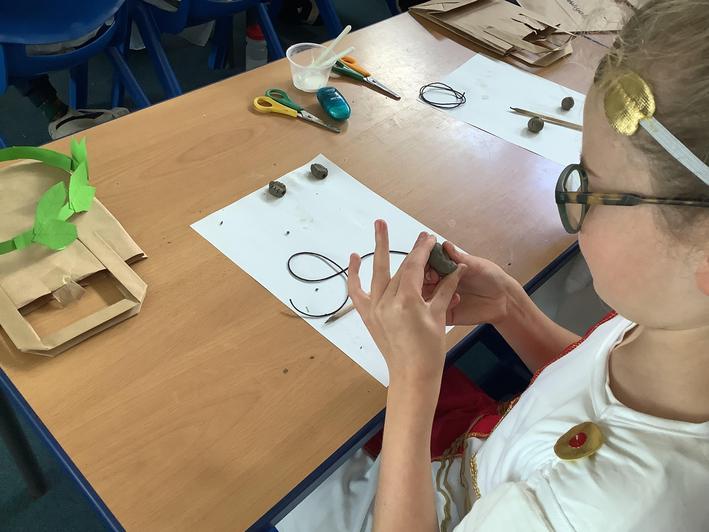 We even dressed up as Ancient Greeks for the day. 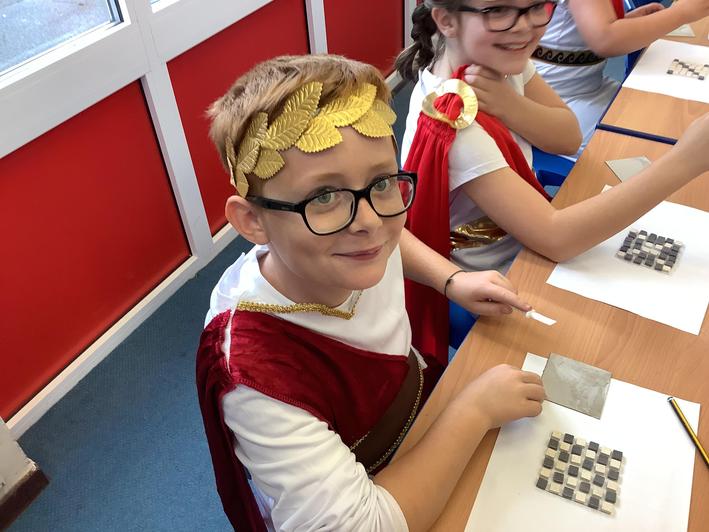 We looked at a range of artefacts during WW2 and tried to decide who they belonged to. 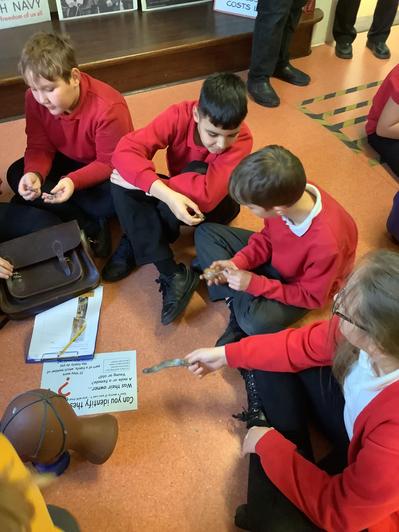 We built an Anderson shelter. 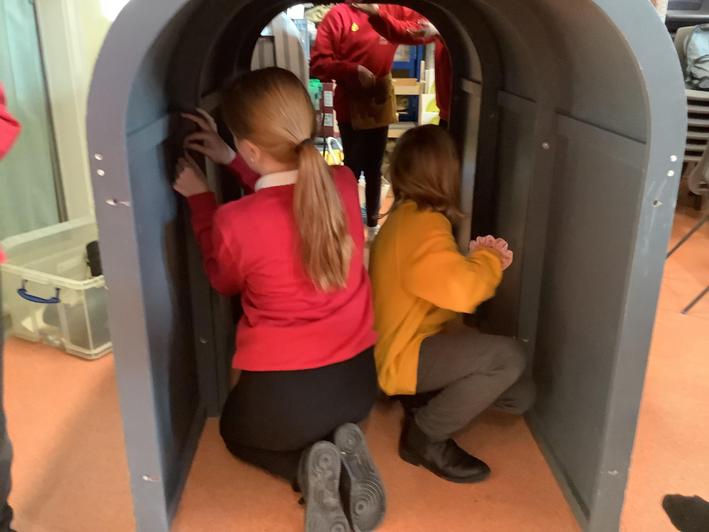 We had a go at sending and receiving messages in Morse code. 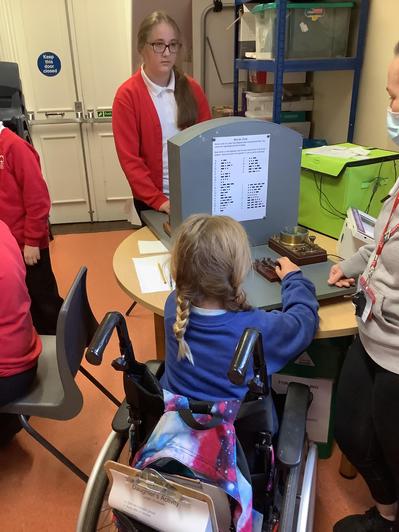