In Year 6 the children have been learning different school objects.

Secondly, pupils did various games to learn the correct pronunciation of school objects in French.

Real objects were introduced and placed on 3 different tables to help students remember whether they  were "masculine" / "feminine" / "plural".

Thirdly, the Y6 children looked how determiners and word endings could be used to guess the genders of nouns.

Would you like to try some of the activities we did?

Slide 1 - match the writing with the correct pictures

Slide 3 - guess which objects are masculine, feminine or plural?   where would you look for clues?

The children did well at remembering the gender and number of the objects as well as matching the school items with the correct picture.

Some of them also had a good try at making singular nouns plural. 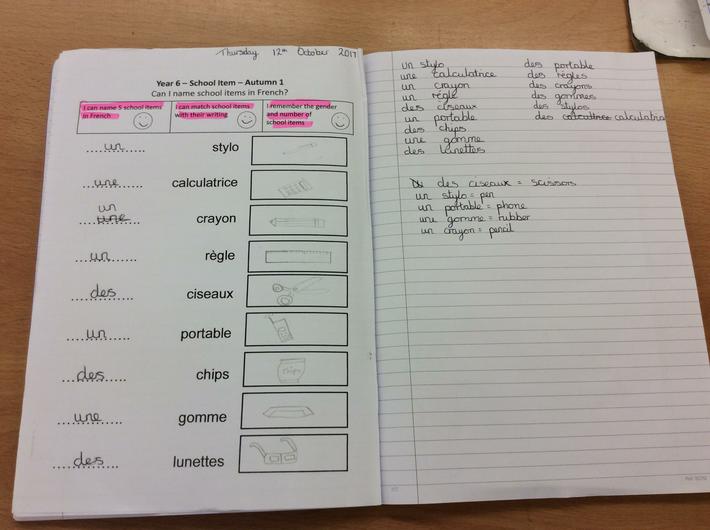