Democracy is a strong feature at Whitehouse Primary and our School Parliament is playing an increasing part in informing and influencing decision-making within the school.

At the beginning of September, each class elects a peer whose role is to represent their views at the School Parliament.

Each Key Stage Lead also chooses a Deputy for their phase who attends all of the meetings.

The School Council is run by Mrs Shalka.  Members are elected for a year and meet every fortnight on a Friday afternoon.  Over the last three years, the School Parliament has been involved in the following activities: 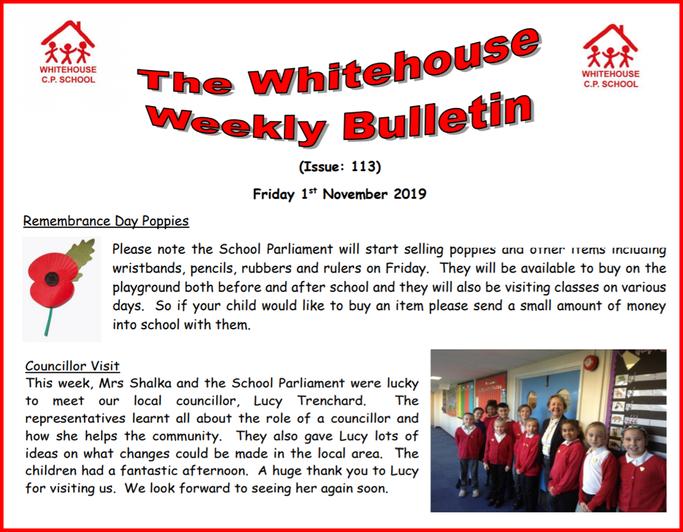